A devil of a good opera

As we show a group of productions exploring the fascination of the Faust story we ask if the devil has the best tunes. 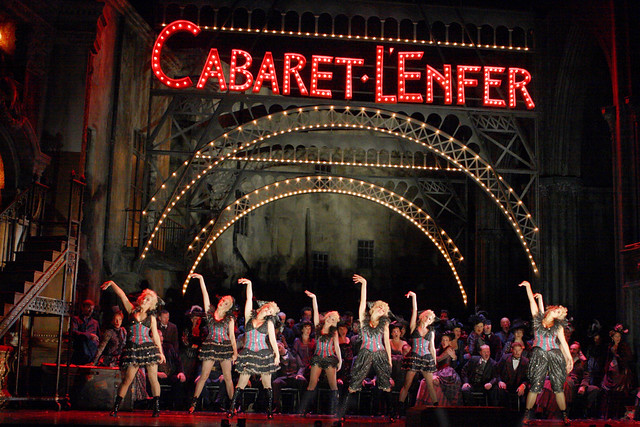 Artists of the Royal Opera in Faust © Catherine Ashmore / ROH 2012

The devil crops up in opera from around the mid-19th century, as composers increasingly turned to gothic stories and folktales for inspiration. To begin with, he was a minor presence – like Samiel in Weber’s Der Freischütz (1821), who exists only as a threatening voice in the Wolf’s Glen scene. However, by 1831 he had taken centre stage, as Bertram in Meyerbeer’s Robert le diable. Bertram’s progress from Act I's jocular-macabre prankster, through Act III's terrifying hell-raiser and finally to the melancholy father of Act V is one of the most interesting aspects of Meyerbeer’s masterpiece. 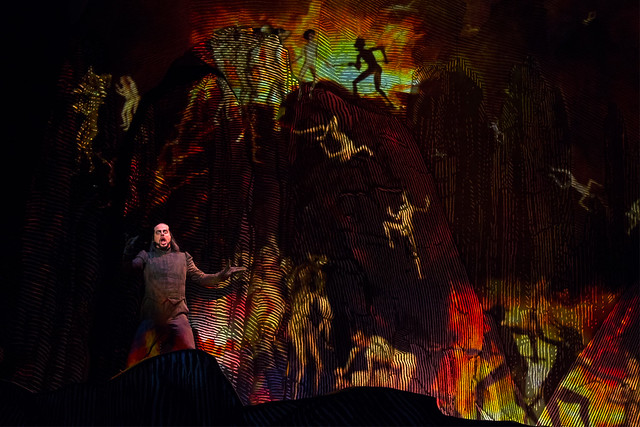 An explosion of musical interest in Goethe’s verse-drama Faust led to yet more fascinating devils stalking across the operatic boards. Each operatic interpretation of Goethe’s devil, Mephistopheles, is different. Berlioz (La Damnation de Faust, 1846; originally a dramatic oratorio, now often performed as an opera) makes him a pitiless villain, who tricks Faust into their pact, then sweeps him to the infernal regions in the terrifying ride to Hell. Gounod’s Méphistophélès (Faust, 1859) can be almost as vicious, as in the Act IV cathedral scene with Marguerite, but has a dandyish charm, exemplified in his Act II aria ‘Le Veau d’or’ and the Act III quartet. Boito made the title character of Mefistofele (1868) a nihilistic philosopher, who enters the pact with Faust after he has made a wager with the heavenly host that he can corrupt a good man. He expresses his contempt for both mankind and heaven in his Act I aria ‘Son lo spirito che nega sempre tutto’ – a thrilling piece, both frightening and blackly humorous.

Offenbach learnt from Gounod and Boito that devils are at their most compelling when they combine malignancy with charm and wit, and used his knowledge in the creation of the four villains (usually sung by one performer) in Les Contes d’Hoffmann (1881). Offenbach’s devils are thoroughly unpleasant – and yet we appreciate their dry humour (as in Counsellor Lindorf’s ‘Dans les rôles d’amoureux langoureux’) and suave repartee (as in Dapertutto’s elegant ‘Scintille, diamant’). Nothing, though, stops them from being merciless – like all demonic figures.

Unless that is, they are devils from Russia and Eastern Europe. These are usually more cheerful and tameable than their western counterparts. The devil in Tchaikovsky’s The Tsarina’s Slippers (Cherevichki, 1887) is more interested in courting the witch Solokha (with whom he has the delightful folksy duet ‘Osedlayu Pomelo’ in Act I) than in causing destruction. True, he tries half-heartedly to get the hero Vakula’s soul, but once Vakula vanquishes him with a crucifix he becomes docile, and plays a vital part in bringing the story to its happy end. Meanwhile in Dvořák’s comic opera The Devil and Kate (1899) the devil Marbuel turns out to be a coward; no match for the sharp-tongued village girl Kate, who uses his terror of her to win wealth and status. 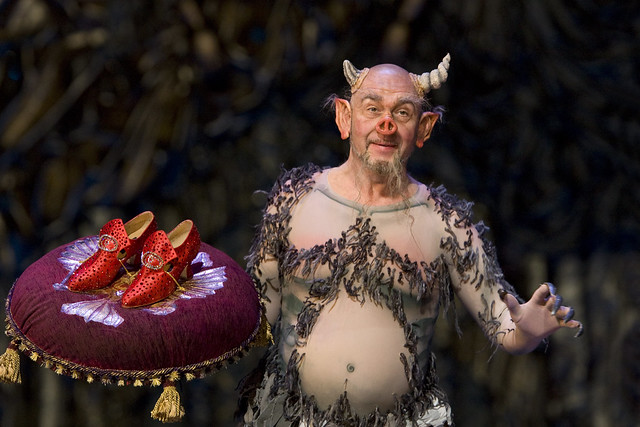 Though the 19th century was really the devil's operatic heyday, he had one final great incarnation as Nick Shadow in Stravinsky’s The Rake’s Progress (1951). Like all great devils, Nick has his attractive side. What could be more enticing than his promises to Tom of wealth and loyal service? And his jolly banter with his master (as in the Act II duet ‘My tale shall be told, Both by young and by old’) certainly shows his diabolic humour. Even when he plays cards for Tom’s soul in Act III Shadow maintains a certain charm. However, he’s certainly not to be trusted, and once he’s lost at cards (despite cheating) he reveals a terrifying malignancy in his closing infernal aria ‘I burn! I freeze!’, condemning Tom to insanity as he descends to Hell.

However charming they may appear, and whatever they promise you, devils are not to be meddled with!

Faust runs 4–25 April 2014. Tickets are still available.
The production is a co-production with Opéra de Monte Carlo, Opéra de Lille and Fondazione Teatro Lirico Giuseppe Verdi, Trieste. It is given with generous philanthropic support from David Hancock, Spindrift Al Swaidi, Martin and Jane Houston, Mr and Mrs Christopher W.T. Johnston, The Tsukanov Family Foundation, The Connoisseurs’ Series and The Friends of Covent Garden.
Find out about the other events in the Royal Opera House's Faustian Pack.

The Royal Opera's productions of Robert le diable and Cherevichki are available on DVD and Blu-ray.