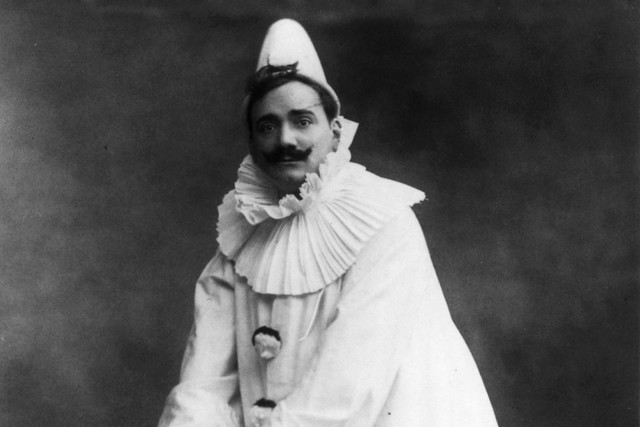 Enrico Caruso in a publicity photo for Pagliacci, 1908

Few words in the operatic lexicon have been misused as regularly as verismo. Often used as a blanket term for all Italian operas written between the 1890s and the 1920s, verismo more properly denotes a type of opera with very specific musical and dramatic characteristics.

Operatic verismo was a response to a succession of late 19th-century literary movements: particularly the naturalistic French novels of Émile Zola and his contemporaries and – more directly – the literary verismo movement that sprang up in the early 1880s, led by the Sicilian authors Giovanni Verga and Luigi Capuana. Where French naturalist novels tended to be urban in setting and were driven by a desire for social change, their Italian counterparts were often rural and far less idealistic in motivation.

Italian composers had started to become interested in depicting the experiences of comparatively ordinary people in the mid-19th century: Verdi’s 1853 opera La traviata paved the way for the verismo movement in portraying a heroine who was not only humble, but of questionable morality. However, the type of everyday life we find in verismo operas was of a considerably more gritty brand than anything in mid- or late Verdi and its typical characters were prostitutes and criminals for whom the audience was expected to care little. Operas about ‘real people’ and verismo operas are not, therefore, always the same thing.

In the verismo aesthetic, relationships were presented in their crudest manifestations: sensationalist tales of lust, jealousy and revenge invariably culminated in a gruesome crime of passion. The subject matter of verismo operas was matched by music that was appropriately violent, moving away from the dominance of the ‘beautiful voice’ of bel canto and at times blending singing with shouting. Shrieks, laughs and sobs also contributed to the distinctive sonic fabric of verismo, the latter exemplified most memorably in ‘Vesti la giubba’ from Ruggero Leoncavallo’s Pagliacci.

The musical texture of the verismo aesthetic as exhibited in the most famous opera of the genre, Pietro Mascagni’s Cavalleria rusticana, was not in fact particularly ‘realistic’, nor particularly modern by the standards of the day. It represented a return to a rather traditional pattern of arias and choruses, linked by simple recitative, and was a move away from the far more conversational style of through-composed writing that we find in late Verdi and that would reach its culmination in Puccini’s operas.

The history of verismo opera is closely tied up with that of the Sonzogno music publishing house. The Sonzogno firm was always keen to find ways of marking itself out from Ricordi, the market leader in Italian 19th-century music publishing. In the 1890s the promotion of verismo also became a Sonzogno speciality. Put cynically, the move towards this new genre of opera was driven more by economic factors than by visionary aesthetics, let alone any sort of political conviction.

In 1883, Sonzogno announced the launch of a series of opera competitions. The winner of the second Sonzogno competition was Cavalleria rusticana, which swiftly took the international operatic world by storm. The entrepreneurial Edoardo Sonzogno was extremely keen to capitalize on this enthusiasm and started to scout around for other young composers who could write similar works. He spotted some potential in a young Umberto Giordano. Sonzogno commissioned Giordano to write a verismo opera; the work he composed, Mala vita, would provoke a scandal upon its premiere in 1892 with its tale of a labourer who vows to reform a prostitute if his tuberculosis is cured.

So where does Giordano’s Andrea Chénier fit into this landscape? Andrea Chénier is often referred to as a clear-cut example of a verismo opera but it was in fact a conscious turn away from the excesses of Mala vita. Andrea Chénier is certainly ‘realist’ in terms of the way in which Giordano pays attention to details of atmosphere and local colour, but the opera lacks the contemporary focus that characterized many works in the verismo genre. What we find instead is a juxtaposition of aesthetics: the spectacle of grand opera combined with the visceral emotion of verismo.

This is an extract from Alexandra Wilson’s article ‘The Verismo Aesthetic’ in The Royal Opera’s programme book for Andrea Chénier, available during performances and from the ROH Shop.

Discover more about the history of opera in the exhibition Opera: Passion, Power and Politics, at the V&A Museum 30 September 2017–25 February 2018.