New works and visiting companies alongside classics at the Royal Opera House. 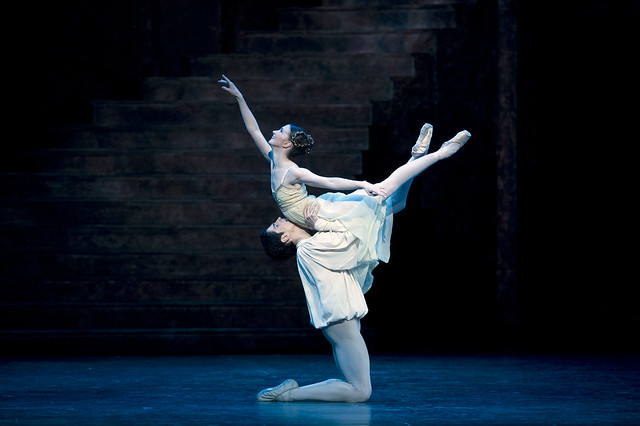 Details of The Royal Ballet’s 2013/14 Season have been announced.

Watch Kevin O'Hare’s preview of the 2013/14 Season, including his highlights:

As well as new work, the Season also features a host of classic ballets including Romeo and Juliet, Giselle, Jewels and The Sleeping Beauty.

Of the Season’s programming, Director of The Royal Ballet Kevin O’Hare says:

‘New work is really the life-blood of the Company. It’s very important to be doing classics; it’s important to remember our heritage. But new works will keep the Company going from strength to strength.’

The 2013/14 Season will see the programming of the Linbury Studio Theatre fully integrated into the work of The Royal Ballet. World premieres, co-commissions and existing and new choreographic initiatives will be staged with companies making their debut in the theatre and regular visitors making their return.

Cinema relays during the Season include Don Quixote, The Nutcracker, Giselle, The Sleeping Beauty and The Winter’s Tale. We are very grateful to Bank of America Merrill Lynch for supporting the Royal Opera House Cinema Season.

The Company will continue its involvement with a number of learning and engaging projects including Chance to Dance, East London Dance and Dance Dynamic. It will continue to work with Youth Dance England on their Young Creatives scheme with develops opportunities for young choreographers aged 15-19.

What are you most looking forward to during the 2013/14 Season?

Rhapsody / The Art of Fugue / Gloria

The Dream / Connectome / The Concert

This article has been categorised Ballet and tagged 13/14, 2013/14, announcement, booking, season announcement

This article has 48 comments