Carmen isn’t the only sensual starring mezzo role – we round up some of our favourites, from Donizetti to Birtwistle. 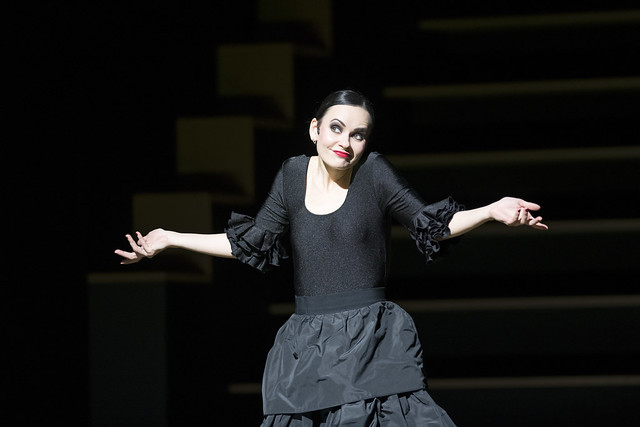 Who says mezzo-sopranos have to play second fiddle? There are plenty of operas where composers say ‘soprano, schmoprano’, and give a mezzo the best tunes.

In tribute to this amazing voice type, we’ve picked out some of our favourites:

Léonor is a ‘fallen woman’, in love with an impetuous young man – a groundbreaking opera heroine who foreshadows Violetta in La traviata. Donizetti wrote Léonor for the French mezzo-soprano Rosine Stoltz, who had a wide-ranging voice, and one of great beauty if the Act III aria ‘O mon Fernand’ is anything to go by.

Verdi made it clear that Azucena, a mezzo-soprano, was Il trovatore’s most important female character: ‘the principal role, finer and more dramatic than the other’. He gives her some of the most thrilling episodes in this blistering opera, including Part II’s show-stealing ‘Stride la vampa!’.

Berlioz wrote five wonderful dramatic mezzo-soprano roles, of which Didon is perhaps the greatest. The warm, rich timbre of the mezzo voice conveys the Queen of Carthage’s noble dignity, which she retains even during her closing suicide scene. In her Act IV love duet with Enée, ‘Nuit d’ivresse’, his tenor voice rises above hers to deliciously sensual effect.

Eboli is a passionate and sensual woman, who enters with the spectacular ‘Veil Song’ in Act II scene 2. She is capable of terrifying vindictiveness, as we see when Don Carlo rejects her love in Act III scene 1. However, Verdi also shows that she’s a woman with great capacities for love and remorse, highlighted in her magnificent Act IV scene 1 aria ‘O don fatale’.

Carmen’s sensuality, joie de vivre and independent spirit not only make her opera’s greatest femme fatale (with Saint-Saëns’s mezzo anti-heroine Dalila a close second) but also something of a feminist heroine. This is a show-stealing role – no wonder so many sopranos have tried to take it over.

The mellow timbre of the mezzo-soprano voice perfectly evokes the maternal gentleness of Charlotte, a substitute mother to her younger siblings. But Massenet also uses the mezzo-soprano’s wide range to show Charlotte’s repressed romantic passion in her Act III ‘Letter scene’, one of the most emotionally charged of operatic monologues.

Rimsky-Korsakov gives the passionate Lyubasha some of the opera’s best music, starting with her melancholy Act I aria, an exquisite unaccompanied folksong. Her desperate plea for her lover Grigory not to abandon her is so beautiful and heartfelt that it’s impossible not to feel compassion for Lyubasha – even after she commits a dreadful crime later in the opera.

A rare example of a leading mezzo role in fin-de-siècle Italian opera, the vengeful Princesse de Bouillon is another of opera’s great anti-heroines. She’s far more than a one-dimensional villainess though: her fiery Act II aria ‘Acerba volutta’ testifies to her intense devotion to her former lover Maurizio, as well as to her volatile, unstable temperament.

Countess Geschwitz, the first lesbian to figure in an opera, is the most sympathetic and humane character in Lulu. Berg highlights her noble nature through some ravishing music, particularly in the final bars of the opera, as Geschwitz soars to the highest notes in the mezzo-soprano range in her dying elegy to Lulu.

Birtwistle exploits the full potential of the mezzo-soprano voice with this complex heroine. He conveys Ariadne’s fatalism through dark, chesty low notes, and illustrates her rage and frustration through thrilling forays into the high register. Nor does he forget the mezzo-soprano voice’s sensual qualities, highlighted in Ariadne’s solo scene where her voice interweaves with a jazzy alto saxophone melody.