The Creative School: Taking the Lead 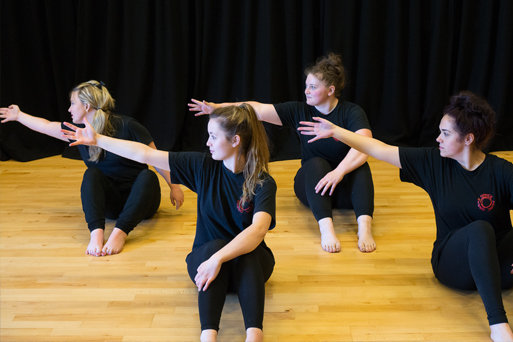 The last decade has seen sweeping changes to the educational make up of our region. The local education authority led model is, in many parts of the country, giving way to a system in which new associations – Teaching School Alliances and Multi-Academy Trusts – are the norm. In this landscape, individual schools are taking up the mantle of local leadership.

Oasis Academy is the only secondary school on the Isle of Sheppey, a low-lying island off the coast of Kent. The island was an historically important centre for shipping and shipbuilding, but in recent years has been characterized by cycles of economic deprivation. This is a reputation that principal John Cavadino is keen to push back against: ‘I don’t think it defines us. People talk about lack of aspiration but it’s not true of many of our families and our kids’.

A desire to meet the aspirations of families on the island underpins much of Oasis Academy’s burgeoning work with the community. Participation in Young Arts Advocates, a Royal Opera House Bridge-supported programme, in partnership with Canterbury Christchurch University, has provided new impetus for this leadership, and this leadership has been recognized with an Artsmark Platinum Award.

‘The end goal was that we would become a whole island on an Artsmark journey which we have achieved. We are one of the few places in the country that has a whole area that is so Artsmark rich – that’s really exciting’.

In Young Arts Advocates, eleven schools worked in partnership with Canterbury Christ Church University to establish a programme of arts and cultural learning for pupils and teachers, which introduced artists into schools, developing projects to help each school improve its arts provision.

Many of the schools also took part in the Royal Opera House’s Create and Dance: The Nutcracker programme, with Oasis Academy students leading some of the learning for pupils from participating primary schools.

‘The project has strengthened our partnership work and effectively opened up a whole world for us’, says Chantelle, ‘Even though I’d worked on the island for eight years and thought I was well networked, there was a whole other element that we’ve got from being a part of that project. It brought so much opportunity to our school, our community and our children.With the reputation of the island, that John described earlier, what we really wanted to do was use the arts and the culture to celebrate all of the fantastic work that our children do and the work that’s going on in schools’.

‘We created the first Island Schools’ Collaboration Arts Festival in order to celebrate all of the work that our children do and the work that’s going on in schools across the island. Every school took part and exhibited their achievements, performed or presented art work, dances, songs and drama. Other local partnerships and arts companies ran stalls and activities at the festival as well in order to promote their work to the community. The response was phenomenal, and this is now established as an annual celebration’.

While Oasis Academy is embracing its leadership role on the island, school leaders have a very clear articulation of the role that arts and culture can play within school.

‘Like all schools we are focused on progress, but I think that the engagement that things like the arts can bring can actually hook young people in. It can give them self-belief, enjoyment and give them fulfilment which then has a much wider impact’, says John.

‘For example, we have dance showcases where you’ll get not just a select few but 280 kids performing their work. What inspires me is that these are children of all different backgrounds and attitudes; it’s not just the kids that you would necessarily think would be involved. When they dance you see a pride, a commitment, and a discipline that theysometimes find difficult to show in other areas’.

‘I can think of two examples of students who were very difficult earlier in their school career - almost to the risk of permanent exclusion. They were hooked in by Chantelle and her team with dance and went on to full time Performing Arts courses. I don’t think those kids would have got through without Chantelle and her team working in the arts’.

The arts and the interdisciplinary approach that Oasis has embraced has also informed Oasis’ approach to CPD. As John explains: ‘Good outcomes come through a process of trying and succeeding and failing - just like when you put together a piece of theatre or dance. But not only kids are afraid to fail, teachers are too’.

Chantelle develops this further: ‘Within our CPD programme we put together staff members from all subject areas from all different levels. So, you might have in a trio: one more experienced teacher, an NQT, and somebody who’s in a different subject.

‘We get to work together, talk about what we do in our classroom, the

things that work really well, sharing good practice, and then the idea is that we get to go in and see that work in practice things like informal drop-in’.

The school and Chantelle’s latest endeavour is to play a key role in the emerging Sheppey Cultural Education Partnership, building a close relationship with Canterbury Christchurch University. Together, they have successfully galvanized other partners to provide match funding for a programme, co-funded by Royal Opera House Bridge, that will build on their previous Young Arts Advocates programme. This work will also test and embed Talent Accelerator, a programme that seeks to develop pathways into creative careers for children and young people.

Editor’s Note: Between the interview and publication John Cavadino has left his position as Principal of Oasis Academy Isle of Sheppey.