The Creative School: Creativity for All 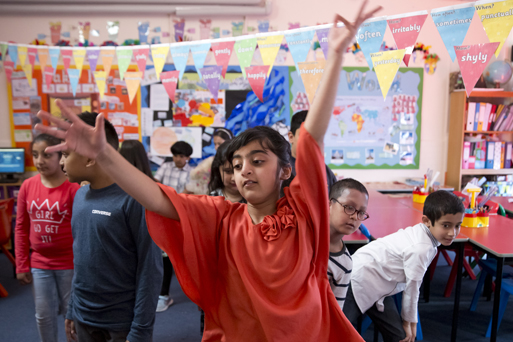 As the area that Royal Opera House Bridge serves becomes increasingly diverse, schools are being posed new questions about how they make cultural learning inclusive and accessible to all. With the nationwide ‘Taking Part’ survey consistently showing that those from ethnic minority groups participate less frequently in a range of cultural activities, these questions take on a particular urgency.

Denbigh Primary School in Luton has been considering how to respond to these issues for some time. Situated in a deprived part of the town with a large Muslim population, widening access to cultural opportunities has been a huge priority, and has become a key part of school improvement. The school’s former headteacher Lynne McMulkin, who retired at the end of the 2018-19 academic year explains.

‘When I became Head here just over six years ago, the school was very different. The children were very quiet and passive and had no voice or opportunity for expression. There was a lack of creativity and vitality. The arts curriculum was sidelined in favour of a focus on the core subjects. Learning took place in silence. In class and around the school, the children did not lift their heads. Teachers spoke at length, the children listened and then performed the tasks set. Standards and levels of engagement were very poor’.

‘Something had to be done. I needed a whole school focus to inject colour and energy and life and inspiration and aspiration and excellence, and so I chose to use the arts to enliven and shake up the whole curriculum. This approach has transformed the culture and outlook of our school’.

Denbigh initially focussed on music and received extensive support from Luton Music Education Hub but soon moved into different areas of creative learning, working in partnership with local theatres, dance groups and professional artists. The school participated in the Shakespeare for Schools programme and children have taken to the stage in Luton, Dunstable and Stevenage. Children now participate in a range of local, national and international arts events, including a recent ERASMUS project in which the school hosted a transnational event.

‘We’ve got such a reputation now within the town, that if any organization wants to try something, they’ll ask us to pilot it. Because we say “yes’’ – that’s our attitude’, says Lynne. ‘We have to provide our children with as many experiences as possible because, outside school, they wouldn’t take part in arts-based activities. If someone asks us to go to Luton Museum to trial a new app, then that’s where we go. If a local dance group needs a group of children to perform at a festival – we volunteer. If a violin orchestra is required to provide incidental music – then we perform’.

Denbigh’s approach is one of openness and transparency. Alan Hodges, Deputy Head and headteacher of the school from autumn 2018, describes the spirit that surrounds the school. ‘We talk to the parents about everything that’s happening in school. We’re there morning and evening, outside on the school playground’.

The school invites parents and visitors into school at every opportunity to showcase its practice – instrumental concerts, dance displays, drama and poetry reading and art exhibitions, something Alan thinks is illustrative of the school’s approach. ‘It’s that kind of open door policy and that kind of welcomeness, and non-threateningness. I think sometimes you can distance communities by making it too highbrow. And ultimately, they’ve seen their children enjoying being at school, enjoying our curriculum and taking their learning home’.

Assistant Head at Denbigh and graduate of Royal Opera House Bridge’s Leaders of Impact programme Rebecca Cook also points to the role that school governors can play in building support for arts-led change: ‘Our chair of governors is from within the Muslim community, one of our parents, and he is a big driving force for us. We ask his opinion on a lot of things: “do you think parents will appreciate this?” And he might say “why don’t you tweak it this way or present it in this way”, and we listen’.

Having established community support, Denbigh’s route to improvement has been well-grounded in careful attention to curriculum and a thorough approach to pedagogy. The school studies the International Primary Curriculum, which incorporates the arts and culture within it, but the school add to it with increased attention on progression. 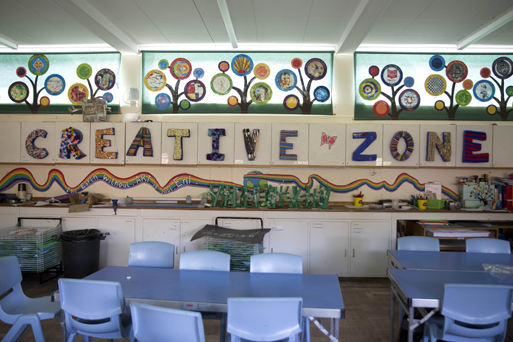 Rebecca sets out their approach: ‘We’ve mapped the progression of skills, which supports teachers in their planning. When they’re teaching art, music, design and technology, or drama they know where to pitch it to ensure there is progression from learning in previous years’.

This approach also ensures that children get a good breadth of different genres and different experiences. Teachers are provided with the pedagogical structure for learning within the school but are given the flexibility to use different elements at different points.

Lynne is very clear that the arts has played a major role in the school’s ability to accelerate the learning of pupils. Around 75% of the children come into the school either below or well below expectations, yet, as recent statistics demonstrate, by the end of Key Stage 2 the students exceed national averages with 74% of children meeting expected levels in achieving combined reading, writing and maths. Denbigh has also been awarded an Artsmark Platinum Award.

Recruiting and retaining the highest quality staff is a major part of Denbigh’s journey to success and has emerged as a key priority for senior leaders in the school.

‘We have made a conscious effort to employ staff with arts qualifications’, according to Lynne, ‘so if you haven’t an English degree at our school then you’ve probably got Art A-Level or Drama A-Level or you can play musical instruments. In each year group, at least one teacher has a background in the arts’.

‘And the teaching assistants are the same. We tend to employ teaching assistants who have an interest in the arts. While they’re here, they give so much to our children: running extra-curricular art and dance clubs, preparing the children for concerts and festivals’.

Ultimately, it’s this team approach that Lynne views as key to Denbigh’s achievements to date. ‘The magic ingredient is getting the right staff around you. It’s getting really brilliant teachers’.

Alan agrees, ‘Yes, it’s really getting teachers, but it’s also the positivity. You smile, you are polite, you are well mannered, you celebrate, and you share success’.