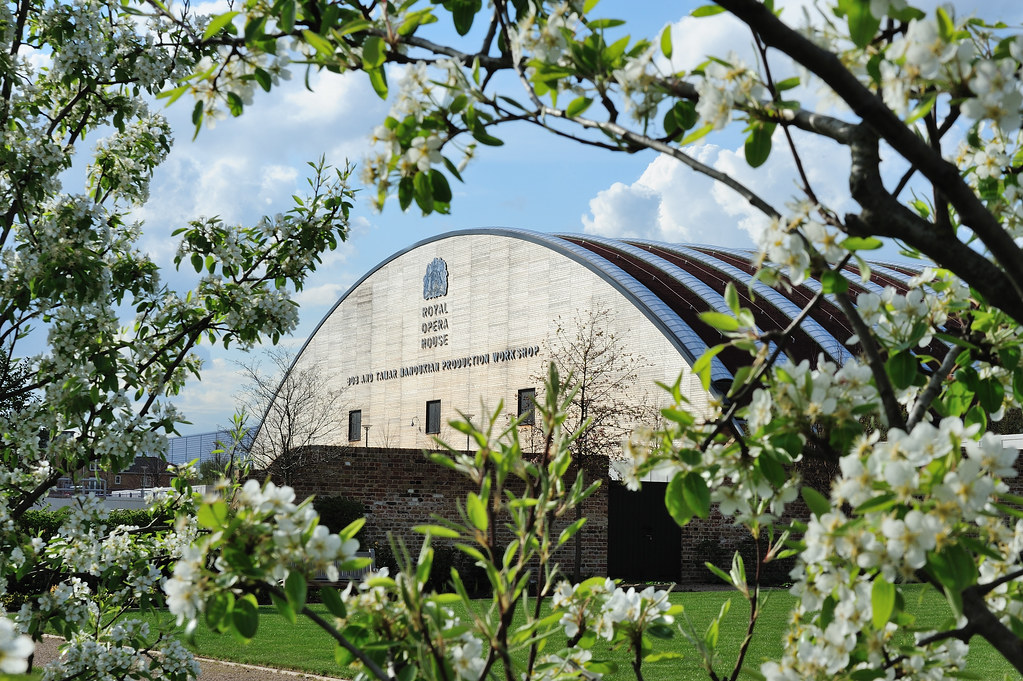 High House Production Park in Thurrock is home to the Bob and Tamar Manoukian Production Workshop and Costume Centre. The sets and scenery for the Royal Opera House are built by teams of highly-skilled scenic artists, carpenters, draughtsman, and metalworkers in the Production Workshop.

The Bob and Tamar Manoukian Costume Centre opened in October 2015 and is home to over 20,000 costumes from the Royal Opera House repertory, together with over 6,000 items from the historic collection including items worn by Maria Callas and Margot Fonteyn. In a unique partnership with South Essex College and University of the Arts London, the Royal Opera House has established a new BA (Hons.) degree course in Costume Construction, delivered from the Centre’s bespoke workrooms.

Also on site are Grade II listed barns, from which the ROH has delivered a Learning and Community engagement programme for the local and wider community since 2006. Before this date the ROH Production Workshops were based in Bow, East London.

Royal Opera House Thurrock’s education programme aims to inspire, support and develop the learning and creativity of people of all ages through their engagement with the Royal Opera House and to enrich the cultural life of the local community in Thurrock.

To date over 60,000 people have engaged with ROH Thurrock activity since 2007. They have participated in activities ranging from schools projects to teacher training, from work-based learning to fully-staged community operas. People in Thurrock have both been able to watch special performances and gain a very special insight into the behind-the-scenes process.

In April 2012, the Royal Opera House established ROH Bridge, which works to connect children and young people to great art and culture across Essex, North Kent, Hertfordshire and Bedfordshire while promoting the importance of culture both in and out of schools.

In 2014 the Royal Opera House began the Thurrock Trailblazer programme, a Cultural Entitlement Initiative in partnership with Thurrock Council. The Royal Opera House has been working with a wide range of cultural organizations to deliver both in and out of school activities.

View a map of The High House Production Park here.

Purfleet Railway Station is the nearest stop to the Production Park. It is located on the C2C Line, with trains leaving regularly from London Fenchurch Street and Southend Central Train Station. The High House Production Park is a 15-minute walk. Turn left out of the station and walk straight up the London Road, the High House is the large cream house on the left-hand side.

We are working closely with C2C who run the line and manage the station in Purfleet to encourage train travel to our events. Please visit the C2C website for more information.

Take the M25 and leave the motorway at Junction 31. Then join the A1090 (Stone House Lane) towards Purfleet railway station. At the roundabout with Purfleet Bypass, continue on the A1090 (London Road) for about 300 yards until you see signposts for the High House site which is on your right.

If you are travelling by car from London on the A13, take the A1306 towards Purfleet and at the Stonehouse roundabout turn right onto the A1090. At the roundabout with Purfleet Bypass, continue on the A1090 (London Road) for about 300 yards until you see signposts for the High House site which is on your right.

The Bob and Tamar Manoukian Production Workshop opened in December 2010 when the previous Royal Opera House production facility had to be relocated from East London following London’s successful bid to host the 2012 Olympics.

In December 2010, High House Production Park opened to the public. It is a unique development that seeks to create a cluster of creative and cultural enterprises drawn from the backstage, technical and live music sectors.