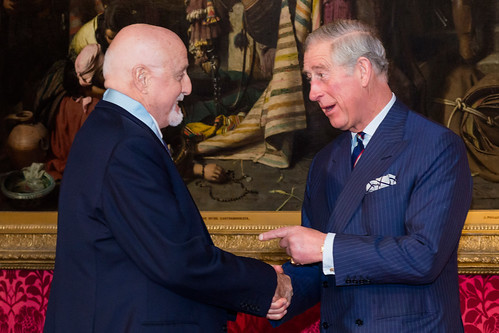 The Peter Moores Foundation was established by Sir Peter Moores in 1964 and has given over £215 million to opera, visual arts, education, health and community projects. This includes support for nine Royal Opera productions (new commissions and rare bel canto repertory), numerous recordings and support for artists at the outset of their careers including the young Geraint Evans, Joan Sutherland and Colin Davis and, in more recent decades, Christine Rice, Simon Keenlyside and Toby Spence.

The Foundation will close down in 2014 and its Trustees have chosen to mark the 50 years of its charitable activities with a SWANSONG Project running from January 2013 to Summer 2015, involving eight of the UK opera companies with which the Foundation has been most closely associated. Funding is being provided to help each company stage repertoire they otherwise would not be able to present, in The Royal Opera's case Written on Skin and La donna del lago.  A final recording is also planned for the Opera in English label produced with Chandos Records, bringing the total number of discs in that catalogue to 63.

The Foundation has always been a 'hands on' charity, initiating ideas, identifying where help could be given and projects advanced,  rather than one that waits to 'rubber-stamp' (or not) requests for help. In opera we've aimed to make things happen that otherwise would not happen, to enrich the repertory with works that otherwise would not be heard, and, wherever possible to ensure that these reach and are accessible to the wider audience, whether that be through tours, broadcasts, education projects, recordings or in the cinema. Our Swansong has been planned to support productions by Birmingham Opera, English Touring Opera, Scottish Opera, Opera North, Welsh National Opera, English National Opera, The Royal Opera Covent Garden, and Glyndebourne. While bringing our curtain down, we want to remind the world at large of the many ways, large and small, in which Opera and its enjoyment can be nourished in the United Kingdom.  We want our Swansong to encourage other, younger, would-be or active philanthropists and charities to take up the baton. Spread the word!

What Sir Peter has achieved through his Foundation is quite phenomenal. Few people who have attended opera in the last 50 years have failed to benefit in some way from the support he has given. That support has covered many areas. It includes nurturing young singers at the start of their careers and established ones who wanted to extend their repertory or develop their technique; making possible performances of lesser known works that otherwise would not have been heard and enjoyed; supporting productions beyond the resources of financially stretched companies, enabling companies to extend the scope and range of their work, to recording 62 operas in English - forming the Opera in English catalogue with Chandos Records and thereby also creating an invaluable archive of British artists of our time. He has also enabled the recording of lesser known bel canto repertory by Opera Rara and, although the thrust of his support has been to the 8 companies in the Swansong Project, he has provided invaluable help to the smaller fringe companies. So many of us are in his debt. When I wanted to ensure that Reginald Goodall's Parsifal was recorded, or to create a huge project to attract first time opera-goers in Liverpool, or give concert performances of rare Rossini operas in the Edinburgh International Festival, his enthusiastic support was forthcoming. In an age of financial austerity we can only hope that his wish that others emulate the example that he has set becomes a reality.