South Africa-born poet, novelist and scholar Yvette Christiansë made her Royal Opera debut in 2015 as co-librettist with Rosalind Morris for Zahid Jabri’s opera Cities of Salt.

Born under apartheid, Christiansë emigrated with her family via Swaziland to Australia when she was 18. Her writings includes two books of poetry: Castaway (1999), which was a finalist in the 2001 PEN International Poetry Prize, and Imprendehora (2009), a finalist in the 2010 Via Afrika Herman Charles Bosman Prize. Her novel Unconfessed (2006) was a finalist for a 2006 PEN/Hemingway Award, won a 2007 ForeWord Magazine BEA Award and was shortlisted for numerous other awards. She has also received the Harri Jones Memorial Prize for Poetry.

Christiansë is Professor of English and Africana Studies at Barnard College, Columbia University. She holds a CEC ArtsLink Award and a Rockefeller Foundation/Bellagio Fellowship. 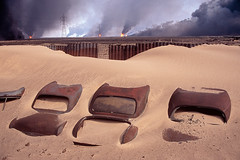