Born in Washington DC., he studied at the University of Maryland and the Vienna Hochschule, and was appointed Associate Chorus Master at Vienna Volksoper in 1997. He went on to become Principal Chorus Master of the Liceu, Barcelona, and from 2007 to 2016 was Chorus Director at Deutsche Oper Berlin, where he was also appointed Kapellmeister in 2012. He and the Chorus were awarded ‘Chorus of the Year’ by Opernwelt three years in a row (2008–10), and the 2012 European Chorus Prize from the Foundation ‘Pro Europa’. He has also conducted Il barbiere di Siviglia, Nabucco, Verdi’s Requiem and Carmen (Deutsche Oper Berlin). He joined The Royal Opera as Chorus Director of the Royal Opera Chorus in September 2016. In this role he has moderated and presented several Insights events and was conductor for the short film ROH Unlocked. He has been Guest Chorus Master at the London Symphony Chorus since 2019. 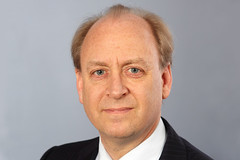