Gimadieva’s concert engagements include Ein deutsches Requiem with the Russian National Orchestra, Rachmaninoff and Tatar songs at the Royal Festival Hall, a concert for the Al Bustain International Festival of Music and Performing Arts, Lebanon, and the Berlin AIDS Gala Concert. Her many awards include the 2014 Golden Mask Award for Best Female Performer (Opera) for her Bolshoi performances as Amina, and the 2019 International Professional Music BraVO Award. In 2018 she released Momento Immobile, an album of songs by Bellini, Donizetti and Rossini. 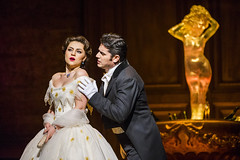 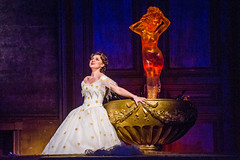 Venera Gimadieva as Violetta in La traviata, The Royal Opera