English designer Tom Piper made his Royal Opera House debut in 2003 on Babette’s Feast (ROH2) in the Linbury Studio Theatre. He returned in 2015 to create the designs for The Royal Opera’s production of Orfeo at the Roundhouse, directed by Michael Boyd.

Piper was born in London and studied biology and art history at Trinity College, Cambridge, and production design at the Slade School of Fine Art. He worked as an assistant to Chloé Obolensky before beginning his freelance career at such theatres as the Orange Tree Theatre in Richmond, Soho Theatre and the Tron Theatre in Glasgow. He regularly collaborates with Boyd and directors Sam Mendes, Abigail Morris, Sam West, Dominic Hill, Conall Morrison and Tim Supple. He has been associate designer for the Royal Shakespeare Company since 2004, and was closely involved in the redevelopment of the Royal Shakespeare Theatre. His many RSC credits include Antony and Cleopatra, Boris Godunov, Much Ado About Nothing, Macbeth, City Madam, As You Like It and the award-winning History series. Other theatre credits include The Libertine (Citizens Theatre), The Big Meal (Ustinov Studio Theatre), Red Velvet (Tricycle Theatre and St Ann’s Warehouse, Brooklyn), Pride and Prejudice (Regent’s Park Theatre) and Zorro the Musical (West End and world tour). Piper’s opera credits include Macbeth and Falstaff for Scottish Opera, directed by Hill.

Piper is a creative associate with Tricycle Theatre and mentors the RSC Assistant Designer scheme. His many awards include an Olivier Award (costume design) for the Histories series, directed by Boyd. Art installations include Blood Swept Lands and Seas of Red with ceramic artist Paul Cummins at the Tower of London in memory of the fallen of World War I. 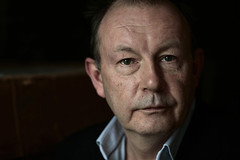 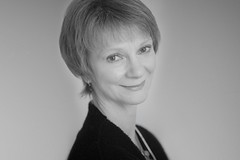