English dancer Solomon Golding is a former Artist of The Royal Ballet. He trained at The Royal Ballet School and joined the Company in 2013, leaving in 2017 to take up a position with San Francisco Ballet.

Golding was born in London of Anglo-Carribean descent. He began dancing at the age of ten with his sister, later entering The Royal Ballet School, White Lodge. In 2010 he was a finalist of Young British Dancer of the Year and won second prize in the 2010 Lynn Seymour Award for Expressive Dance. He graduated in 2012 into Hong Kong Ballet, joining The Royal Ballet the following year. His Royal Ballet roles included Puss-in-Boots (The Sleeping Beauty), pas de six (Giselle) and roles in Connectome and Carbon Life. He created roles in Hofesh Shechter’s Untouchable and Robert Binet’s Void and Fire. 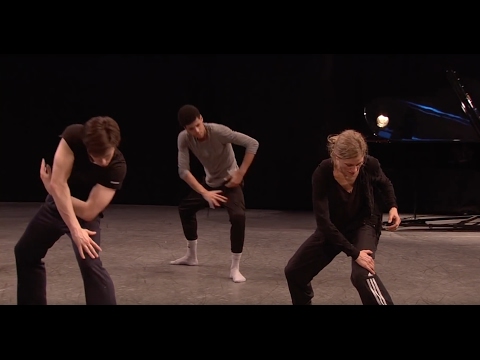 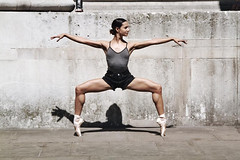 Solomon Golding as Puss in Boots and Ashley Dean as the White Cat in The Sleeping Beauty, The Royal Ballet

Solomon Golding in rehearsal for Connectome, The Royal Ballet