Russian soprano Sofia Fomina made her Royal Opera debut in 2012 as Isabelle (Robert le diable), and has since sung Naiad (Ariadne auf Naxos), Jemmy (Guillaume Tell) and Olympia (Les Contes d’Hoffmann). In the 2017/18 Season she returns to sing Gilda (Rigoletto).

Fomina studied at the Orlovsky Music College and the Gnesin Academy of Music, Moscow. She began her professional career at the Novosibirsk Opera Theatre, where her roles included Despina (Così fan tutte) and Susanna (Le nozze di Figaro). She later joined the ensemble of the State Theatre of Saarbrücken, her roles including Queen of the Night (Die Zauberflöte), Giulietta (I Capuleti e i Montecchi), Zerbinetta (Ariadne auf Naxos), Rosina (Il barbiere di Siviglia) and Gretel. She was a member of the ensemble of Oper Frankfurt 2013–15), where her roles included Onoria (Ezio), Nanetta (Falstaff), Queen of the Night, Sophie (Werther), Blonde (Die Entführung aus dem Serail), Zerbinetta (Ariadne auf Naxos) and Musetta (La bohème). Engagements elsewhere include Blonde for Paris Opéra and Oscar (Un ballo in maschera), Blonde for Bavarian State Opera and Nanetta in concert with the City of Birmingham Symphony Orchestra.

Fomina is also a keen recitalist, and won the Ninth International Mozart Competition in Salzburg. She has sung in concert with conductors including Yuri Bashmet, Teodor Currentzis, Will Humburg, Konrad Junghänel, Vladimir Jurowski, Rory Macdonald, Georg Petrou and Konstantin Trinks. In 2010 she was awarded a grant by the Wagner Association in Bayreuth and received an invitation from Jurowski to perform The Eternal Gospel with the London Philharmonic Orchestra. Further engagements include Marzelline (Fidelio) in concert at the Concertgebouw and Musorgsky’s The Nursery and Mahler’s Fourth Symphony on tour in Ferrara, Bologna and Frankfurt with the Mahler Chamber Orchestra and Jurowski. 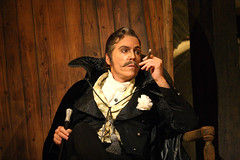 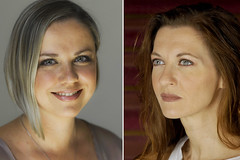 Sofia Fomina as Jemmy and Gerald Finley as William Tell in Guillaume Tell, The Royal Opera

SOFIA FOMINA AS GILDA, NADIA KRASTEVA AS MADDALENDA, MICHAEL FABIANO AS DUKE OF MANTUA in Rigoletto The Royal Opera Season 2017/18