Kane was born in Brentwood. She studied drama at the University of Bristol and playwriting at the University of Birmingham. While a student she wrote three 20-minute monologues, which she performed at the Edinburgh Festival. Her first full-length play, Blasted, was staged at the Royal Court in a production by James Macdonald in 1995. It was followed by Phaedra’s Love, directed by Kane at Gate Theatre in 1996; Cleansed, directed by Macdonald at the Royal Court in 1998; and Crave, directed by Vicky Featherstone at the Traverse Theatre in 1998. Her final play 4.48 Psychosis was produced posthumously at the Royal Court in 2000, directed by Macdonald. Other works include Skin, the screenplay for a ten-minute film directed by Vincent O’Connell, and directing a production of Woyzeck at Gate Theatre. She ran workshops across Europe 1997–9, including as part of a residency at Paines Plough Theatre Company, and in 1998 was awarded the Arts Foundation fellowship in playwriting.

From Blasted onwards, Kane’s plays caused controversy at their premieres; but a recognition of what makes her writing so remarkable – her reimagining of structure; her use of rhythm; the employment of austere, economic means to encompass intense passion; and her powerful expression of different mental states – has only grown since her death. 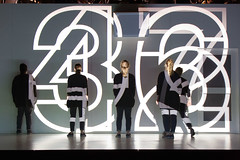 What did you think of the opera inspired by Sarah Kane's iconic final play, staged at the Lyric Hammersmith?

Why Sarah Kane’s play 4.48 Psychosis is the perfect inspiration for an opera 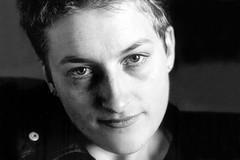 This masterful final play from one of Britain's greatest dramatists is peppered with musical references.