Raine was born in Yorkshire and began dancing at the age of two. She trained at her mother’s school, Kirkham Henry Performing Arts, before joining The Royal Ballet School White Lodge. While a student she was awarded the Kenneth MacMillan Choreographic Award in 1995 and the first Dame Ninette de Valois Award in 1998. After joining the Company she was promoted to First Artist in 2001 and to Soloist in 2006, during which time her repertory included roles in Mayerling, Tales of Beatrix Potter, Les Patineurs, The Sleeping Beauty, Cinderella, The Nutcracker, La Sylphide, Giselle, Agon, In the middle, somewhat elevated, My Brother, My Sisters, Dances at a Gathering, Infra, Chroma, Ballo della regina, Song of the Earth and Polyphonia.

As Ballet Mistress Raine plays an important role in coaching the corps de ballet and other dancers, among other responsibilities. Her work as a choreographer includes a short ballet for White Lodge, A Little Princess for London Children’s Ballet and in The Royal Ballet’s Draft Works. 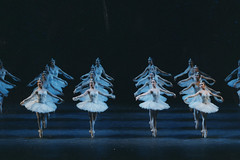 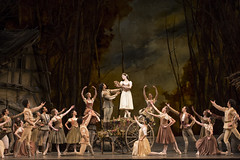 Behind the scenes: Rehearsing La Bayadère’s Kingdom of the Shades

Ballet Mistress Samantha Raine on learning one of the most enduring sequences of classical ballet.