Jones has directed opera for English National Opera, Welsh National Opera, Glyndebourne (Festival and on Tour), Opera North, Scottish Opera, and for the Metropolitan Opera, New York, La Scala, Milan, Bavarian State Opera, Paris Opéra, the opera companies of Amsterdam, Frankfurt, Berlin, Chicago and Tokyo and the Bregenz Festival. He has worked in theatre at the Old Vic, Young Vic, the National Theatre, Almeida, the Royal Court, in the West End, for the Royal Shakespeare Company and for the Public Theatre, New York. He has directed three times on Broadway.

Jones has won six Olivier Awards (most recently for The Royal Opera’s Kát’a Kabanová), two Evening Standard Awards, a South Bank Show Award, been named Opernwelt Director of the Year and is a Tony nominee. In 2017 his production of The Hairy Ape at the Park Avenue Armory was nominated for six Drama Desk Awards. He was made a CBE in 2015. 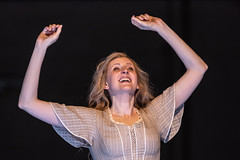 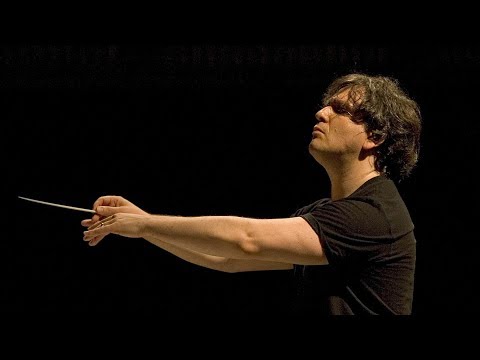 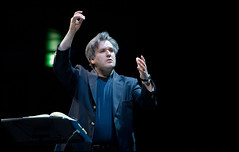 Angela Denoke as Paulina and Roberto Saccà as Alexey Ivanovitch in The Gambler.

Roberto Saccà as Alexey Ivanovitch, Kurt Streit as The Marquis and Susan Bickley as Babulenka in The Gambler

Roberto Saccà as Alexey Ivanovitch in The Gambler.

Richard Jones in rehearsal for Gloriana, The Royal Opera

Artists of The Royal Opera in Anna Nicole