English composer Richard Ayres made his Royal Opera House debut in 2015 with Welsh National Opera’s performances of his opera Peter Pan on the main stage.

Ayres was born in Cornwall. After attending classes by Morton Feldman at Darmstadt and Dartington he went on to study composition, electronic music and trombone at the University of Huddersfield and composition with Louis Andriessen at the Royal Conservatory of The Hague. His compositions have been commissioned and performed by such ensembles as London Sinfonietta, Netherlands Wind Ensemble, Continuum Ensemble, Musikfabrik, SWR Sinfonieorchester Baden-Baden und Freiburg, Frankfurt Radio Symphony Orchestra, BBC Scottish Symphony Orchestra, Netherlands Radio Chamber Orchestra, Aldeburgh Festival Opera and Stuttgart Opera. His works include many ‘NONcertos’ for solo instrument and ensemble, the ‘animated concert’ In the Alps, Glorious, for ensemble and film in collaboration with Guy Maddin, and the operas The Cricket Recovers (Aldeburgh and Bregenz festivals) and Peter Pan (Stuttgart Opera).

Ayres’s music has been recorded by the Netherlands Blazers Ensemble and by Musikfabrik for Donemus and NMC. His awards include the International Gaudeamus Prize and the Vermeulen Prize. Since 2006 he has taught composition at the Amsterdam Conservatory. 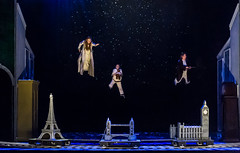 Childlike and wise, fantastical and truthful: Introducing the music of Richard Ayres 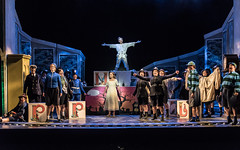 The composer of Peter Pan has made a name for himself melding madcap whimsy with solitary melancholy – an ideal context for J.M. Barrie’s tale of the boy who refuses to grow up. 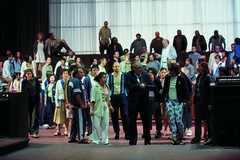