Indian sitar player, composer and teacher Ravi Shankar (1920–2012) was a leading figure in Indian classical music and a pioneer in bringing Indian culture to a global audience. In the 2016/17 Season The Royal Opera gave the posthumous premiere of his opera Sukanya, in a semi-staged co-production with London Philharmonic Orchestra and Curve, Leicester.

Shankar was born in Varanasi. From 1930 to 1938 he danced with his eldest brother Uday’s dance company. In 1938 he moved to Maihar to study with Alauddin Khan, where he learnt the sitar in addition to other musical training. He began his career as a solo sitar player in 1939 and soon rose to national prominence. He was Director of Music for All-India Radio 1949–56. From then to the end of his life he performed extensively around the world, becoming the first Indian classical musician to reach global fame, in part through groundbreaking collaborations with figures including George Harrison, Yehudi Menuhin, Zubin Mehta and Philip Glass. His compositions for film included his Oscar-nominated score for Richard Attenborough’s Gandhi. Further compositions include three sitar concertos, a symphony and Arpan, in memory of George Harrison.

Shankar’s many awards included the Indian Padma Vibhushan and the Japanese Praemium Imperiale. He was a member of the Indian Rajya Sabha, the American Academy of Arts and Letters and the United National International Rostrum of Composers. His posthumous awards included a Grammy Award for Lifetime Achievement and the Indian Tagore Award for Cultural Harmony. 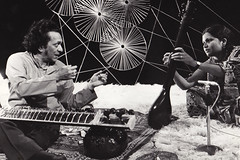 The iconic sitarist’s only opera was left unfinished upon his death, but it has now been completed and will soon be heard for the first time.

Ravi Shankar's opera Sukanya to receive world premiere in May 2017 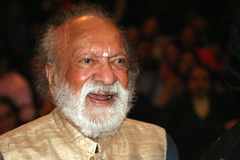 The late composer's only opera will tour the UK in a new co-production with London Philharmonic Orchestra and Leicester's Curve theatre. 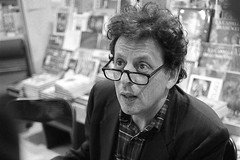 Glass’s music – love it or hate it – has had a profound effect on wider pop culture.

Ravi Shankar with his daughter