British composer Matt Rogers made his Royal Opera debut in 2015, with the premiere of his opera The Virtues of Things in the Linbury Studio Theatre.

Rogers studied for his Masters Degree with Gordon McPherson at the Royal Scottish Academy of Music and Drama (now the Royal Conservatoire of Scotland), graduating in 2001, and continued his education with Oliver Knussen, Magnus Lindberg, Julian Anderson and Colin Matthews at the Britten-Pears School for Advanced Musical Study. He has since written for and worked with many leading instrumentalists, ensembles and technologists, creating music and installations for concert halls, theatres and galleries. His eclectic output reflects his open attitude to composition, taking no stylistic elements as given, and re-evaluating genres to fulfill the needs of each new piece. Commissions include On the Axis of this World for Cambridge City Opera and La Celestina for Opera Erratica, an opera installation commissioned by the Metropolitan Museum of Art.

Rogers is a recipient of the Paul Hamlyn Foundation Award for Composers and has been Artist in Residence at the Southbank Centre and Tokyo Wonder Site.

Baton bashing: When videogame music and classical music come together 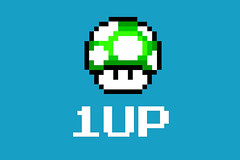 From Tetris and Mario Bros. to Call of Duty and Bioshock, videogames have long used classical music to soundtrack on-screen adventures. 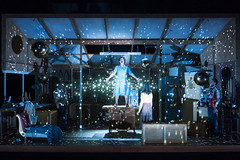