Kušej was born in Carinthia and studied German, literature and sport sciences at the University of Graz, going on to take a Masters degree in theatre directing. He worked at the Salzburg State Theatre and the Slovenian National Theatre as an assistant director before becoming a resident director at Stuttgart State Theatre in 1993. He made his opera debut in Stuttgart with King Arthur in 1996 and has since worked prolifically in both opera and theatre. He was Artistic Director of the drama section at Salzburg Festival 2004–06 and is currently Artistic Director of the Munich Residenztheater. His many theatre productions have included Hedda Gabler and Woyzeck (Residenztheater), Der Weibsteufel, Glaube, Liebe, Hoffnung and Glaube und Heimat (Vienna Burgtheater), Hamlet (Salzburg Festival and Stuttgart State Theatre), Geschichten aus dem Wiener Wald (Thalia Theatre, Hamburg) and Clavigo, Oedipus the King and Cleansed (Stuttgart State Theatre).

How to Stage an Opera: Characterization in Idomeneo 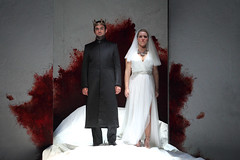 By turning the screws on his unfortunate characters, director Martin Kušej offers a unique insight into their motivations and crises. 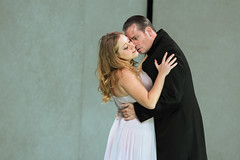 Our quick guide to Martin Kušej's new production of Mozart's early masterpiece for The Royal Opera.