Poplavskaya was born in Moscow and as a child sang with the children’s chorus at the Bolshoi. She studied singing with P. Tarassov and began her career at the Bolshoi. Early awards include first prize at the 2005 Maria Callas Grand Prix. She sings regularly for the Metropolitan Opera, New York, her roles with the company including Natasha (War and Peace), Elizabeth of Valois, Violetta, (La traviata), Liù (Turandot) and Marguerite (Faust). Other engagements include Leonora (Il trovatore) in Zürich, Desdemona at the Salzburg Festival, Lucrezia (I due Foscari) in Los Angeles and Gutrune (Götterdämmerung) for Berlin State Opera under Daniel Barenboim. 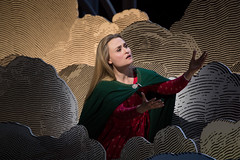 Russian soprano will sing the role of Hélène, as originally scheduled. 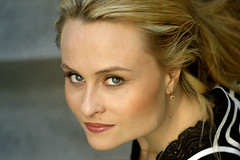 Russian soprano returns to sing the role of Alice.

Marina Poplavskaya as Desdemona in Otello.