Minkus was born in Vienna. His first work in ballet was assisting Edouard Deldevez on Paquita in Paris, 1846. In the early 1950s Minkus travelled to Russia, where he would spend the rest of his life. His first position was in St Petersburg directing Prince N.B. Yusupov’s serf orchestra, while he continued to perform as a soloist. In 1862 he became leader and conductor of the Bolshoi Orchestra and in 1866 joined the newly created Moscow Conservatory as a violin professor. His first great success as a composer came with his score for Marius Petipa’s Don Quixote (1869) at the Bolshoi. In 1870 he was appointed official composer of ballet music to the Imperial Theatres in St Petersburg and went on to have a rich creative relationship with Petipa, with whom his ballets included La Bayadère (1877) and Roxana (1878). Minkus retired in 1886 but was to have a last triumph with Mlada, composed in 1879 but first performed in the 1896/7 season.

Minkus was in many ways the archetypal composer of mid-19th-century ballet. His music, with its strong rhythmic pulse and regular harmonic structures, is ideally suited to the ballet of his era. 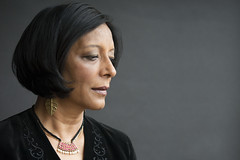 Watch: Conductor Martin Yates – ‘I knew Don Quixote would be something exceptional’ 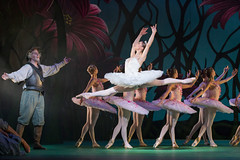 The conductor introduces Ludwig Minkus, ‘one of the founding fathers of Russian ballet music’, through the music of Don Quixote.