English soprano and presenter Lesley Garrett made her Royal Opera debut in 1997 as Valencienne (The Merry Widow) and has since returned to sing Val (Pleasure).

Garrett trained at the Royal Academy of Music and the National Opera Studio, and won the 1979 Kathleen Ferrier Competition. She began her career performing for companies including Welsh National Opera, Opera North and the Glyndebourne, Wexford and Buxton festivals. She was a principal soprano of English National Opera 1984–98, where her many roles included Musetta (La bohème), Rosina (The Barber of Seville), Yum Yum (The Mikado) and the title role in The Cunning Little Vixen. Engagements since have included Elle (La Voix humaine) for Opera North and Despina (Così fan tutte) for Garsington Opera. She has performed in concert with orchestras including the Hallè, the Royal Liverpool Philharmonic Orchestra and the Royal Philharmonic Orchestra, and in numerous gala performances, including the Millennium Eve, the Classical Brit Awards, the 2000 FA Cup Final and the Last Night of the Proms. Further engagements have included Mother Abbess (The Sound of Music) and Nettie (Carousel) on the West End.

Garrett’s many bestselling solo albums include Soprano in Red, A Soprano Inspired and A North Country Lass. She has presented the television shows ‘Lesley Garrett… Tonight’, ‘The Lesley Garrett Show’, ‘The Singer’, ‘Sacred Songs’ and ‘Christmas Voices’, among others, and a weekly show for Classic FM. She published her autobiography Notes from a Small Soprano in 2000. She is a Fellow and Governor of the RAM, and was made a CBE in 2002. 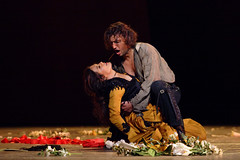 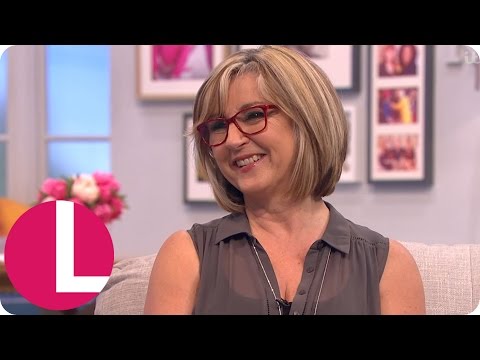 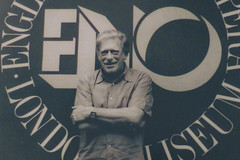 English National Opera hosts a special gala performance in celebration of the life of a crucial figure in British opera.

Nick Pritchard as Matthew and Lesley Garrett as Val in Pleasure