Polish composer Karol Szymanowski (1882–1937) was the most significant Polish composer of the 20th century. He is best known today for his orchestral works, which include the two violin concertos and his Third Symphony The Song of the Night, for his opera King Roger and for his Stabat Mater.

Szymanowski was born in Tymoszówka near Kiev and studied in Elisavetgrad and Warsaw. In 1905 he became one of the four founding composers of the group Young Poland in Music (influenced by the sister movement in literature). It was through this group that Szymanowski’s music was first performed in Poland and Germany. Until the outbreak of World War I he travelled widely around Europe, including an influential trip to southern Italy and Sicily in 1914. Exempt from conscription, he worked prolifically through the war, composing such works as his First Violin Concerto and the Third Symphony. The Russian Revolution led to a hiatus in Szymanowski’s composition, during which period he wrote the novel The Ephebe (of which only fragments survive) and began the opera King Roger, completed in 1924. He returned to composition in 1921 with the song cycle Word Songs and from 1922 explored Polish folk music, particularly the folk culture of Sakopane, which inspired, among others, his 20 Mazurkas op.50 and the ballet Harnasie.

By the mid-1920s Szymanowski was increasingly recognized on the international stage. He was director of the Warsaw Conservatory 1927–9 and rector of the Music Institute in Warsaw 1930–32. Works from this period include the Symphonie concertante and the Second Violin Concerto, and the influential essay ‘The Educational Role of Music in the Social Order’. 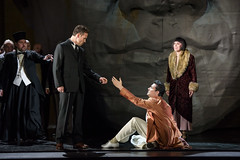 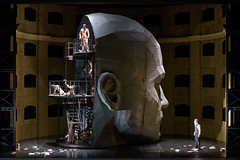 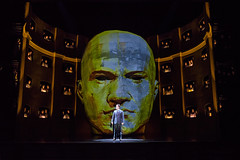