French composer Jules Massenet (1842–1912) was the leading French operatic composer of his day. Of his more than forty works for the stage many are still performed today, including Manon, Le Cid, Esclarmonde, Werther, Thaïs, Cendrillon, Chérubin and Don Quichotte. Though his ballets are now rarely seen, an arrangement of his orchestral music forms the score for Kenneth MacMillan’s acclaimed ballet Manon.

Massenet was born in Montaud near Saint-Étienne and was introduced to music by his mother, a piano teacher who also composed. The family moved to Paris in 1847 and Massenet entered the Conservatoire in 1852, studying composition with Ambroise Thomas from 1861. As a student he supported himself through teaching piano and playing timpani at the Théâtre Lyrique. In 1863 he won the Prix de Rome with the cantata David Rizzio. He returned to Paris in 1866 and that year received his first commission from the Opéra-Comique. His first great operatic success came with Le Roi de Lahore for the Paris Opéra in 1877. He continued to compose prolifically until the end of his life, receiving commissions from the world’s leading opera houses, including the Vienna Hofoper and Covent Garden.

Massenet’s innate lyric gift and his ability to evoke time, place, mood and character through music made him the archetypal composer of late 19th-century French opera. His vast body of work testifies to his lifelong passion for work, while every piece of his exhibits a highly professional understanding of the practicalities of music making. 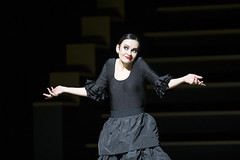 Carmen isn’t the only sensual starring mezzo role – we round up some of our favourites, from Donizetti to Birtwistle.

An undying musical influence: Goethe, the individual and a message of hope 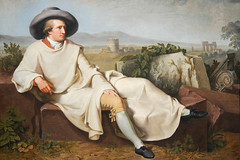 Why have Goethe's works influenced composers including Mozart, Beethoven and Massenet?

Poster for Werther at the Opéra-Comique, 1893, designed by Eugène Grasset