French librettist and playwright Jules Barbier (1825–1901) wrote for all the major French composers of his day, including Gounod, Meyerbeer, Bizet, Thomas, Saint-Saëns and Offenbach.

Barbier was born in Paris. He began his career while a teenager, writing short comedies. Later successes as a playwright included Jeanne d’Arc, with incidental music by Gounod. Both as a librettist and playwright he often worked in collaboration with Michel Carré, including on his first libretto Galathée in 1852 for Massé. Barbier and Carré had their greatest contemporary success with Gounod’s Faust, adapted from Goethe’s play. Their other librettos for Gounod included Philémon et Baucis and Roméo et Juliette, and for Thomas Mignon, Hamlet and Françoise de Rimini.

After Carré’s death in 1872 Barbier collaborated mainly with his son Pierre, including on Daphnis et Chloë for Maréchal and Le Tasse for D’Harcourt. 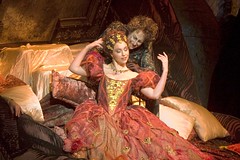 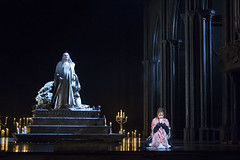