Scottish designer John Macfarlane made his Royal Ballet debut in 1985 designing sets and costumes for Peter Wright’s production of Giselle. He has returned regularly to the Royal Opera House since, designing for both ballet (Glen Tetley’s La Ronde, and Liam Scarlett’s Asphodel Meadows, Sweet Violets, The Age of Anxiety, Frankenstein and Swan Lake), and for opera (Willy Decker’s productions of Duke Bluebeard’s Castle/Erwartung and Peter Grimes, Richard Jones’s productions of Lady Macbeth of Mtsensk and L’Heure espagnole/Gianni Schicchi and David McVicar’s production of Die Zauberflöte.

Macfarlane’s stage work is paralleled by his painting and drawing career. He regularly exhibits in the UK and abroad, and his work can be found in collections across Europe and the USA, including at the V&A Theatre Museum, the Albertina, Vienna, the Archives of the Metropolitan Opera, New York, and Opéra National de Paris, and Glasgow’s Hunterian Museum. In 2017 and 2019, he received the Scenographer’s Laureate at Benois de la Danse for his designs in The Royal Ballet’s Hummingbirdand Swan Lake. He is a Chevalier de Chevalier de l’Ordre des Arts et des Lettres.

Prizes for The Royal Ballet at Benois de la Danse 2019 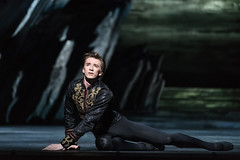 Vadim Muntagirov and John Macfarlane scoop awards for their contributions to Swan Lake. 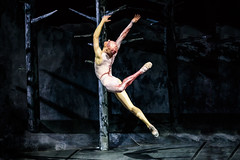 Watch: The gruesome influences that shaped the staging of The Royal Ballet's Frankenstein 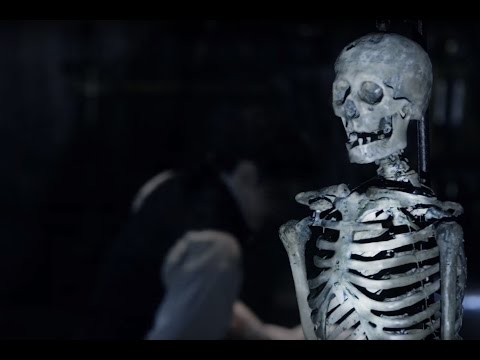 Designer John Macfarlane gives an up-close look at the ballet's sets which include a full-size anatomy theatre complete with gory prop cadaver.