Polish composer Henryk Mikołaj Górecki (1933–2010) was one of the most prominent figures in Polish music in the second half of the 20th century. He is best known for his Third Symphony, the ‘Symphony of Sorrowful Songs’.

Górecki was born in Czernica. He initially worked as a teacher before studying composition at the Academy of Music in Katowice 1955–60 (he later returned to the Academy as a teacher, becoming rector 1975–79). He came to prominence while a student and in 1958 made his Warsaw Autumn Festival debut with Epitafium. The succès de scandale of his Scontri in 1960 brought him to international attention. Subsequent awards included first prizes at the 1961 UNESCO Youth Biennale for his First Symphony, and at the 1973 UNESCO Composer’s Rostrum for Do matki. Other major works include Genesis, Refren, the Second, Third and Fourth Symphonies, Canticum graduum, Beatus vir (commissioned by Cardinal Wojtyła, later Pope John Paul II), Miserere, Kyrie, Lerchenmusik, Good Night and For Johnny. A 1992 recording of his Third Symphony with Dawn Upshaw and the London Sinfonietta conducted by David Zinman was a worldwide phenomenon, selling more than a million copies. Górecki said of its success, ‘Perhaps people find something they need in this piece of music’.

Górecki’s many awards and honours included the Polish Episcopate Foundation’s Totus Award (2002), the Commander’s Cross (2003), the Pope’s Order of Saint George (2009) and the Order of the White Eagle (2010). 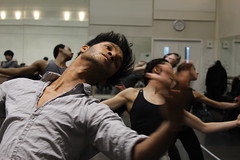