Austrian pianist Helmut Deutsch made his Royal Opera debut in 2014, accompanying his regular recital partner Jonas Kaufmann in a main-stage recital of Winterreise.

Deutsch appears frequently as a guest performer at music centres and festivals around the world. His wide discography includes many award-winning recordings. He taught at the Vienna University of Music 1967–79 and was professor at the Munich Hochschule für Musik 1986–2011, and continues to give regular masterclasses in Europe and Japan. 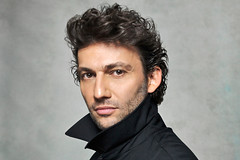 Other winners include Iestyn Davies and Glyndebourne's Ravel double bill.