Forskitt was born in Northampton. She graduated from The Royal Ballet School into Norwegian National Ballet, where her repertory included Dryad Queen (Don Quixote), Rose Fairy and Snow Queen (The Nutcracker), Crystal Fountain and Jewel (The Sleeping Beauty), Summer Fairy (Cinderella), Polyhymnia (Apollo) and roles in Four Temperaments and Forsythe’s Limbs Theorem and The Second Detail. She performed in the 2008 opening gala for the new Oslo opera house in Kristian Støvind’s I tid og rom for the opening gala. 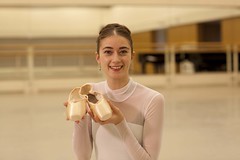 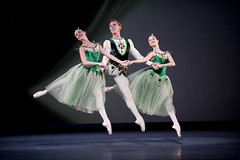 Hayley Forskitt in The Sleeping Beauty, The Royal Ballet

Hayley Forskitt photographed for The Language of the Soul

Hayley Forskitt in rehearsal for Don Quixote, The Royal Ballet