Italian playwright and librettist Giuseppe Giacosa (1847–1906) collaborated with Luigi Illica on the librettos for Puccini’s operas Manon Lescaut (with others), La bohème, Tosca and Madama Butterfly, and at the turn of the 20th century was regarded as Italy’s leading playwright.

Giacosa was born in Colleretto Parella, Ivrea, and initially studied law in Turin. His short play Una partita a scacchi (A Game of Chess, 1873) brought him enough success for him to embark on a literary career. He was a friend of Arrigo Boito’s and wrote plays in a variety of styles. His collaboration with Puccini and Illica began in 1893, when he was brought in to work on the libretto for Manon Lescaut. Giacosa and Illica’s partnership on Puccini’s next three operas involved Illica drafting the scenarios and Giacosa putting them into verse for Puccini to set. Nicknamed ‘the Buddha’, he was a calm presence in these often turbulent projects.

Other musical projects include an adaptation of Una partita a scacchi for Piedmontese composer Pietro Abbà-Cornaglia and a draft for the oratorio Cain for Lorenzo Perosi. A planned further collaboration with Illica – a libretto on a Russian subject for Pietro Mascagni – was never realized. 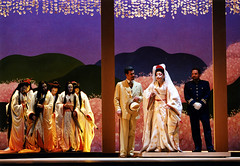 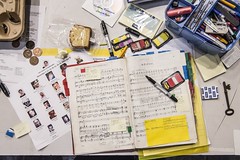 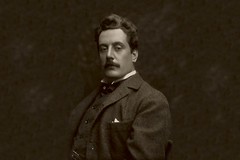