Italian composer Francesco Cavalli (1602–76) was the most performed opera composer of the generation after Monteverdi and a key figure of musical life in 17th-century Venice. He wrote many popular works for the Venetian stage, including Didone, Egisto, Ormindo, Giasone and Calisto His other works include Eliogobalo, not performed during his lifetime.

Cavalli was born Pier Francesco Caletti, the son of composer and organist Giovanni Battista Caletti, in Crema. He later adopted the name Cavalli in honour of his early patron Federico Cavalli, with whom he moved to Venice in 1616. He entered the choir of St Mark’s Basilica during Monteverdi’s time as maestro di cappella. Cavalli’s lifelong association with St Mark’s culminated with his appointment to Monteverdi’s old position in 1668. From 1639, he regularly wrote operas for Venice’s Teatro San Cassiano, the first public opera house, often with the librettist Giovanni Faustini. Together the pair were pioneers in the new form of public opera and were instrumental in establishing Venice as its home. The size of the theatre meant Cavalli scored his operas for smaller instrumental groups than earlier court operas, often using just strings and continuo.

Despite the great success they achieved during his career, Cavalli’s operas waned in popularity after his death. They enjoyed a resurgence in the late 20th century thanks in large part to the work of Raymond Leppard, who arranged several of the operas for large orchestra and performed them at Glyndebourne in the 1960s. 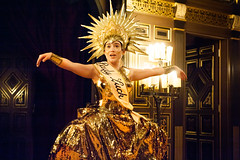 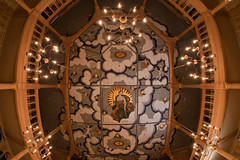 A very limited number of tickets for Cavalli’s Baroque opera can be booked via the Shakespeare’s Globe website. 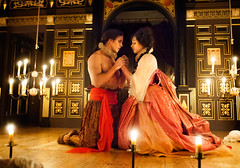