Montes was born in São Paulo and trained locally from the age of three until 2002, when he was awarded a bronze medal in the International Dance Seminar in Brasilia and moved to London to study at the London Studio Centre. In 2003 he won gold medal in the Dance Competition in Rieti, Italy, and was awarded a scholarship with The Royal Ballet School. His repertory with the Company included roles in Cinderella, The Rite of Spring, Enigma Variations, The Rake’s Progress, Concerto, Swan Lake, Theme and Variations, Les Patineurs, The Judas Tree, The Dream, Strapless, Flight Pattern and The Nutcracker. He created roles in Three Songs – Two Voices, Children of Adam and The Seven Deadly Sins.

Montes is a keen choreographer and has created a number of works for The Royal Ballet’s Draft Works in the Linbury Studio Theatre. Works elsewhere include a production of The Secret Garden for the London Children’s Ballet (2013). 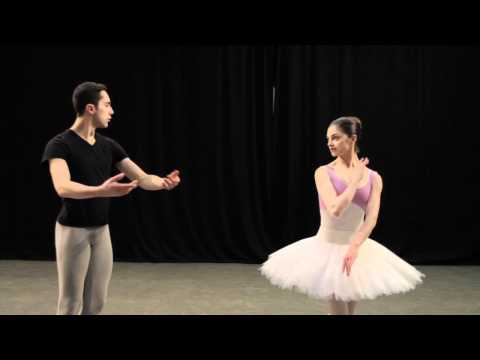 Helen Crawford as Nurse, Anna Rose O'Sullivan as Juliet, Erico Montes as Friar Laurence and Marcelino Sambé as Romeo in Romeo and Juliet, The Royal Ballet

Erico Montes as Catalabutte and Itziar Mendizabal as Carabosse in The Sleeping Beauty, The Royal Ballet

Natalia Osipova as Tatiana and Gary Avis as Prince Gremin in Onegin, The Royal Ballet

Yasmine Naghdi as Juliet, Erico Montes as Friar Laurence and Matthew Ball as Romeo in Romeo and Juliet, The Royal Ballet