Latvian mezzo-soprano Elina Garanca made her Royal Opera debut in 2007 as Dorabella (Così fan tutte) and has since returned to sing Romeo (I Capuleti e i Montecchi), Carmen and Santuzza (Cavalleria rusticana). In the 2019/20 Season she sings Pricess Eboli (Don Carlo).

Garanca appears in concert with many of the world’s most prestigious orchestras, and has toured Europe and Mexico in recital. Her extensive discography includes most recently the album Sol y Vida; past albums include Aria Cantilena, Bel Canto, Habanera, Romantique and Revive, all for Deutsche Grammophon, for whom she is an exclusive recording artist. Her awards include four ECHO Klassik Awards. In 2013 she wrote the book Wirklich Wichtig sind die Schuhe. She is a Kammersängerin of Vienna State Opera.

Due to pregnancy Elīna Garanča withdraws from Carmen 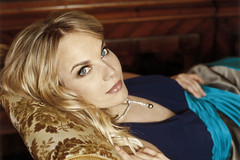 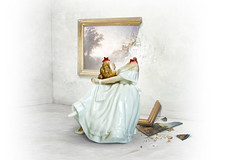