Thom was born in Kanata and trained at the Linda Jamieson School of Dance before moving to London to study at The Royal Ballet Upper School. In 2008 he was awarded several international scholarships at the Youth America Grand Prix and in 2009 achieved the Royal Academy of Dance Solo Seal Award. 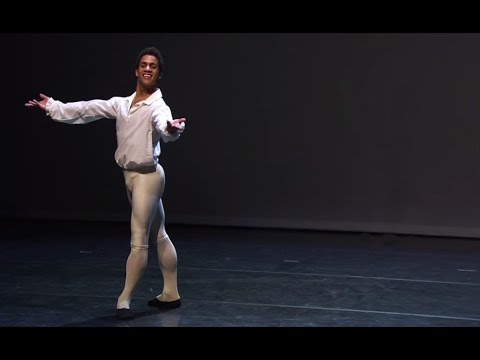 Donald Thom as the Mad Hatter in Alice's Adventures in Wonderland, The Royal Ballet