German soprano Diana Damrau made her Royal Opera debut in 2003 as Queen of the Night (Die Zauberflöte). She has since sung Fiakermilli (Arabella), Zerbinetta (Ariadne auf Naxos), Gretel (Hansel and Gretel), Adina (L’elisir d’amore), Violetta (La traviata) and Lucia di Lammermoor for The Royal Opera, and created the role of Gym Instructress/Drunken Woman in Maazel’s 1984. In the 2018/19 Season she sings Marguerite (Faust).

Damrau gives concerts worldwide. In 2018 she gave an acclaimed tour of Hugo Wolf’s Italianisches Liederbuch together with Jonas Kaufmann and Helmut Deutsch throughout Europe, including a special concert at the Salzburg Festival. She appears regularly with renowned conductors such as Mehta, Pappano, Gergiev, Barenboim, Kirill Petrenko, Thielemann and Nézet-Séguin.?Damrau is an exclusive artist of Erato/Warner Classics. Her discography includes numerous DVDs and several solo albums ranging from Lieder to Meyerbeer arias. She was named as 2008 Opernwelt Singer of the Year, Best Female Singer at the 2014 International Opera Awards and Female Singer of the Year 2018 at the Opus Klassik Award. She is a Kammersängerin of the Bavarian State Opera.

Watch LIVE: Insights into The Royal Opera's Faust on 26 March 2019 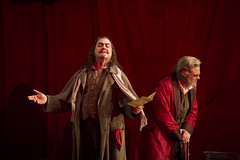 Join the cast and creative team including Diana Damrau, Erwin Schrott and Michael Fabiano as they explore Gounod's supernatural opera.

Watch: Behind the scenes on Donizetti's Lucia di Lammermoor 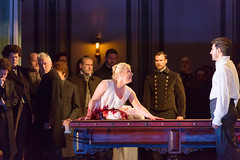 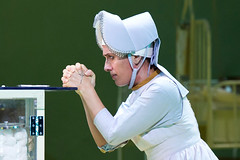 Diana Damrau as the title character in Lucia di Lammermoor, The Royal Opera

Diana Damrau as Violetta Valery and Francesco Demuro as Alfredo in La traviata, The Royal Opera