Shipley studied at the Royal Academy of Music, graduating with first class honours, and is currently a scholar at the opera course at Guildhall School of Music and Drama, studying with Janice Chapman. He has won the Kathleen Ferrier Bursary for Young Singers and is a Classical Opera Company Associate Artist. Engagements include Shepherd/Spirit (Orfeo) with John Eliot Gardiner in Versailles, Billy Budd for Glyndebourne Festival, at the BBC Proms and in New York, Colline (La bohème), Zuniga (Carmen) and Pistol (Falstaff) for the Verbier Festival Academy, Drum-maker (Pinocchio) at GSMD and Sarastro (Die Zauberflöte) at RAM. 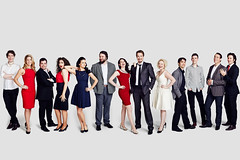 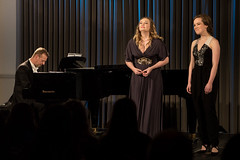 Ekaterina Bakanova as Violetta and David Shipley as Doctor Grenvil in La traviata, The Royal Opera

Dominic Sedgwick as Morales, Andrea Carè as Don José and David Shipley as Zuniga in Carmen, The Royal Opera