Rustioni is Principal Conductor of the Orchestra della Toscana and Music Director of Opéra de Lyon. He has conducted such orchestras as the Orchestra of the Accademia Nazionale di Santa Cecilia, Filarmonica della Scala, BBC Philharmonic, London Philharmonic and City of Birmingham Symphony Orchestra. His discography includes a recording with Erwin Schrott and an orchestal recording dedicated to the music of the Italian composer Giorgio Federico Ghedini, both on Sony Classical. His awards include Best Newcomer at the 2013 Opera Awards.

Watch: Members of the cast and creative team on L'elisir d'amore 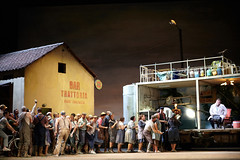 Backstage films from the live relay of L'elisir d'amore, including Bryn Terfel on why it may be the best opera ever written. 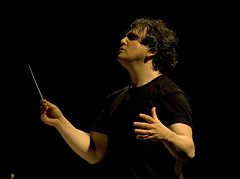 Something wicked this way comes in Phyllida Lloyd’s haunting production of Verdi’s magnificent opera based on Shakespeare’s tragedy.