Canadian choreographer and director Crystal Pite made her Royal Ballet debut in the 2016/17 Season with Flight Pattern.

In 2002, she formed her company Kidd Pivot in Vancouver. Integrating movement, original music, text and rich visual design, Kidd Pivot’s performance work is assembled with recklessness and rigour, balancing sharp exactitude with irreverence and risk. The company’s distinct choreographic language is marked by a strong theatrical sensibility and a keen sense of wit and invention. Kidd Pivot tours nationally and internationally, performing critically acclaimed works such as Betroffenheit, The Tempest Replica, Dark Matters, Lost Action and The You Show. The company recently toured Revisor, a co-creation with playwright Jonathon Young.

Pite, a Member of the Order of Canada, is the recipient of the 2008 Governor General of Canada’s Performing Arts Award, Mentorship Program, the 2011 Jacob’s Pillow Dance Award, the 2012 Lola Award, the Canada Council’s 2012 Jacqueline Lemieux Prize and the UK Critic’s Circle Dance Award in 2015 and 2018. In 2017, she received the Benois de la Danse for her creation The Seasons’ Canon at Paris Opera Ballet. In 2018, she received the Grand Prix de la danse de Montréal. She is the recipient of three Olivier awards, including one in 2017 for Flight Pattern.

Listen: Behind the scenes at The Royal Ballet with Crystal Pite 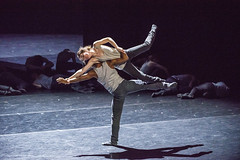 BBC Radio 4 documented the creative process with the choreographer during rehearsals for her Royal Ballet debut, Flight Pattern 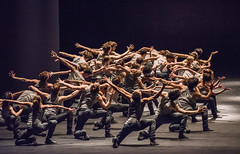