Claudia Dean is a former Artist of The Royal Ballet. She trained at The Royal Ballet School and graduated into the Company in 2011. She retired at the end of the 2013/14 Season.

Dean was born in Brisbane and began dancing at the age of four. Aged 11 she entered the Australian Ballet School and aged 15 moved to the Gold Coast to train with Prudence Bowen, that year winning the 2008 Sydney Eisteddfod McDonald’s Ballet Scholarship. She won the Alana Haines Australasian Awards and the gold medal and Audience Choice Award at the 2009 Genée International Ballet Competition, Singapore, and that year entered The Royal Ballet Upper School that year. Her repertory while at the School included third movement in Concerto, Gamzatti’s solo (La Bayadère), pas de quatre (Swan Lake), pas de trois (The Sleeping Beauty) and Neumeier’s Spring and Fall.

Dean made her Principal role debut with the Company in 2013 as the Chosen Maiden (The Rite of Spring). Her other repertory with the Company included Myrtha (Giselle), Fairy of the Golden Vine (The Sleeping Beauty) and roles in ‘Diana and Actaeon’ (Metamorphosis: Titian 2012), Swan Lake, Viscera and Raymonda Act III.

Watch: Insights into The Rite of Spring 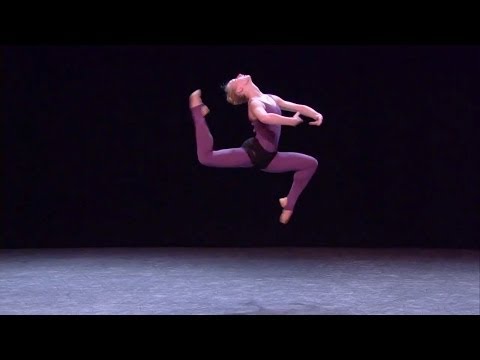 Monica Mason rehearses with Claudia Dean, and Barry Wordsworth demonstrates how to conduct a work built on revolutionary rhythms.

11 December: Claudia Dean in The Rite of Spring in November 2013

Claudia Dean in The Rite of Spring, The Royal Ballet