Bohemian composer Christoph Willibald Gluck (1714–87) was a central figure of the music of the Habsburg Empire of his day. He introduced many reforms to Viennese and Parisian opera – simplifying complex theatrical trappings to further dramatic verisimilitude – which would influence generations of opera composers. His many operas include Orfeo ed Euridice, Iphigénie en Aulide, Alceste and Iphigénie en Tauride.

Gluck was born in Erasbach, modern Bavaria. He studied in Prague and Milan and wrote his first opera, Artaserse, for the Milan Carnival in 1741. Over the next few years he composed for various Italian cities, for the King’s Theatre, London, and for the itinerant Mingotti theatre troupe. He had his first success in Vienna with Semiramide in 1748 and settled in the city in 1752. In 1755 he became music director of the Vienna Burgtheater, for which from 1758 he wrote opéras comiques, including Cythère assiégée, and ballets. In 1761 he met the Tuscan poet Ranieri de’ Calzabigi, with whom his collaborations included the hugely successful and revolutionary work Orfeo ed Euridice. Between 1774 and 1779 he worked regularly in Paris, and introduced reforms to French opera through such original works as Iphigénie en Aulide, Armide and Iphigénie en Tauride, and through French revisions of earlier operas.

More than any other composer of his day, Gluck realized the widespread desire to reform opera. He also played an instrumental part in the reform of theatrical dance, and in his settings of German songs foreshadowed the development of the Lied. 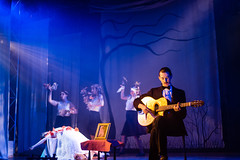 Remixing in the age of Baroque: How and why Gluck transformed Orfeo ed Euridice into Orphée et Eurydice 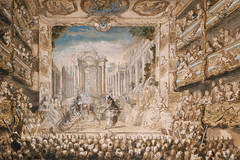 Gluck made significant changes when he adapted his opera for Paris – some of them controversial. 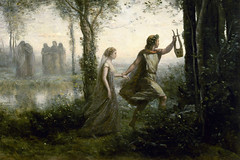 This stunning sequence of dances gives a vivid impression of Orpheus’s journey through the Underworld, and contains some of Gluck’s best loved music.