At The Royal Ballet School Edmonds was a finalist in the Ninette de Valois Junior Choreographic Competition for three consecutive years and won the Kenneth MacMillan Senior Choreographic Competition in 2011 and 2012. She went on to study at Rambert School of Ballet and Contemporary Dance and completed a two-year foundation degree there in 2015. She was included in the Evening Standard’s 2015 'Progress 1000' list of influential Londoners.

Edmonds’s work for other companies includes: No Strings Attached (as Causeway Young Artist in Residence), Self for Yorke Dance Project, Fuse for the Dutch National Ballet Junior Company, Pelican for English National Ballet Emerging Dancer, a work for the Selfridges EveryBODY campaign and works for Studio Wayne McGregor, Northern Ballet Studio, Opera Holland Park, Norwegian National Ballet 2, Rambert School and The Grange Festival. Edmonds was the Commissioned Choreographer for the 2015 Genée International Ballet Competition, was a participant in DanceEast’s Young Rural Retreat 2016 and a guest choreographer on The Amsterdam International Summer School. In 2017 she accepted a summer residency with Center for Ballet and the Arts in New York. Her most recent works include Words Fail Me, a project exploring the relationship between dance and dyslexia, and Wired to the Moon, created for Ballet Cymru.

Watch: Underwater dance film explores what it's like living with depression 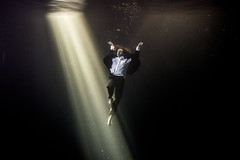 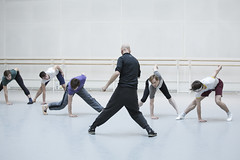 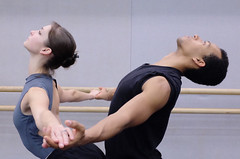 Our quick introduction to this programme of new works by young choreographers who have been mentored by Wayne McGregor.