Haitink was born in Amsterdam and studied violin and conducting at the Amsterdam Conservatory. He joined the Netherlands Radio Philharmonic as a violinist and later became the orchestra’s Principal Conductor, 1957–61. In 1961 he became the Concertgebouw Orchestra’s youngest ever Principal Conductor, remaining in the role until 1988. During this time he was also Principal Conductor of the London Philharmonic Orchestra 1967–79 and Music Director of Glyndebourne Festival Opera 1977–88. He made his Royal Opera debut in 1977 with Don Giovanni and as Music Director of the Company specialized in works by Wagner, Richard Strauss, Mozart and Britten. He also conducted The Royal Ballet on several occasions and inaugurated the performance of orchestral works to celebrate the work of the Orchestra of the Royal Opera House. He has since returned to The Royal Opera to conduct Parsifal in 2007.

Haitink continues to conduct regularly in concert is particularly acclaimed for his interpretations of Mahler and Bruckner. He is Patron of the Netherlands Radio Philharmonic, Conductor Emeritus of Boston Symphony Orchestra, and an honorary member of the Berlin Philharmonic and the Chamber Orchestra of Europe. 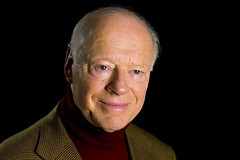