Choreographer/Director Ben Wright is an Artistic Co-Director at Candoco Dance Company, Artistic Director of his own company, bgroup, and former Associate Artistic Director (2014–17) of Skånes Dansteater, Sweden. He made his Royal Opera debut in 2016 as choreographer for Boris Godunov, directed by Richard Jones. In the 2019/20 Season he directs and choreographs The Lost Thing, a co-production between The Royal Opera and Candoco.

Wright trained with Eve Leveaux and at Rambert School of Ballet and Contemporary Dance. As a performer his role creations included The Prince (Matthew Bourne’s Swan Lake) and The Golden Monkey (His Dark Materials, National Theatre). He has danced with companies including London Contemporary Dance Theatre, Richard Alston Dance Company, Ricochet and Stan Won’t Dance. Wright’s dance works include To find a way with one another, The Feeling of Going (Digital release on Arthaus Musik), To see the world while the light lasts, Spectrum and This Moment Is Your Life (Malmö Opera/Skånes Dansteater) and Point of Echoes, Just As We Are, The Lessening of Difference, About Around and The Diminishing Present (bgroup). He choreographs widely for theatre and opera, credits including La bohème (Washington National Opera), The Perfect American (English National Opera), Le nozze di Figaro (Glyndebourne Festival), Don Giovanni (Metropolitan Opera, New York), The Cunning Little Vixen (Grange Park Opera), The Adventures of Mr Broucek and Roméo et Juliette (Opera North), La fanciulla del West, Macbeth, Faust and Dead Man Walking (Malmö Opera), Tobias and the Angel (Young Vic), The Insatiable, Inflatable Candylion (National Theatre Wales), My Night with Reg and Twelfth Night (Donmar Warehouse) and A Midsummer Night’s Dream and Privates on Parade (Michael Grandage Company). He made his opera directorial debut in 2012 with The Walk from the Garden (Salisbury Festival).

Wright regularly leads international movement workshops and has taught dance throughout the vocational training sector in Britain and for many of the UK’S national dance agencies. He has created student and post-graduate work as a choreographer for Transitions Dance Company at Trinity Laban, Edge at The Place, Verve at Northern School of Contemporary Dance and Intoto at London Studio Centre. He was a 2016 Clore Fellow for Cultural Leadership. 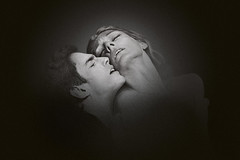