English dancer Antoinette Sibley is a former Principal of The Royal Ballet. With her pure line, quick attack, musicality and sparkling personality, she was considered a quintessential dancer of the English style.

Sibley was born in Bromley. She studied ballet, tap and musical comedy dancing at the Arts Educational School for five years before entering The Royal Ballet School aged ten. She became the first English dancer to graduate through both White Lodge and The Royal Ballet Upper School. She graduated into the Company in 1956, promoted to Principal in 1960. She created her first role for Frederick Ashton in 1963 in his pas de quatre for Swan Lake. In 1964 she created the role of Titania (The Dream) for Ashton, and in this ballet began her iconic 30-year dance partnership with Anthony Dowell. Further role creations included Kenneth MacMillan’s Manon, Dorabella (Enigma Variations), Kshessinska (Anastasia) and roles in Monotones I, Thaïs pas de deux and L’Invitation au voyage, in addition to dancing Principal roles in the classical and dramatic repertories. Film appearances included The Turning Point with Mikhail Baryshnikov. She retired temporarily in 1981, returning to the Company in 1983 and continuing to dance until 1988. In 2001 she danced Soupirs pas de deux with Dowell in a celebratory gala performance. She continues to work as a guest coach for the Company. 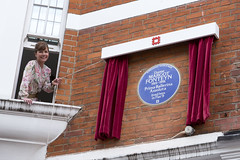 Getting Inside Manon's Head: Great dancers on one of ballet's most enigmatic roles 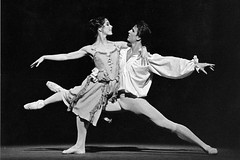 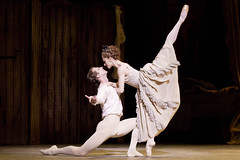