Adolphe Adam (1803–56) was one of the most prolific composers for the Paris stages. He was innovative in the emotional connection he introduced between his music and events of stage. Today he is best remembered for his ballet scores Le Corsaire and Giselle.

Adam was born in Paris. His father, a pianist and composer, did not encourage his son to follow him into music, but from an early age Adam determined to compose for the theatre. He entered the Paris Conservatoire aged 17 and studied organ, counterpoint and composition. Adam met the librettist Eugène Scribe on tour in Geneva in 1826 and soon afterwards collaborated with him on a number of comic operas, including the hugely successful Le Chalet (1834). Adam made his debut at the Opéra-Comique with Pierre et Catherine (1829). After the 1830 July Revolution he moved to London, where his works included His First Campaign. Adam returned to Paris permanently in 1833 and made his Paris Opéra debut with the ballet La Fille du Danube (1836) for Marie Taglioni. His ballet Giselle (1841) for the Opéra, allegedly composed in three weeks, is his most enduring work.

In 1847 Adam opened a new Paris opera house, the Opéra-National. It was forced to close after the 1849 revolution, leaving Adam ruined. He created his last great ballet, Le Corsaire, in 1856. Prolific to the end of his life, he died in his sleep four days after the premiere of Les Pantins de Violette. 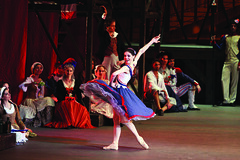 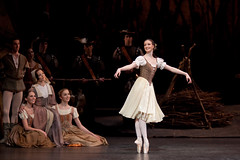