Since emigrating from St Petersburg in the mid-1970s Bychkov has developed a rich career balancing both symphonic and operatic repertory, working with leading orchestras and opera houses in London, Paris, Vienna, Milan, Berlin, Chicago and New York, among others. He is currently Chief Conductor and Music Director of the Czech Philharmonic and also performs regularly with the Vienna, Berlin, Munich and New York philharmonic orchestras, and the Cleveland, Royal Concertgebouw and Leipzig Gewandhaus orchestras. His extensive discography includes The Tchaikovsky Project with the Czech Philharmonic, a series of highly acclaimed Strauss recordings, a complete cycle of Brahms symphonies, Verdi’s Requiem, works by Mahler and Shostakovich and Lohengrin (Opera Magazine’s Disc of the Month and BBC Music Magazine’s Disc of the Year). His past positions include Music Director of Orchestre de Paris (1989–98), Principal Guest Conductor of St Petersburg Philharmonic Orchestra (1990–94) and Maggio Musicale, Florence (1992–8), and Chief Conductor of the Dresden Semperoper (1998–2003) and of the WDR Symphony Orchestra Cologne (1997–2010).

Semyon Bychkov on Mozart’s Così fan tutte: ‘It’s anything except what you expected’ 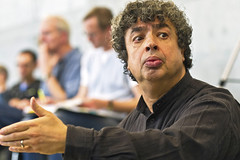 From the complex plot to the intricate details in the score, the conductor shares his views on Mozart’s ‘feminist’ opera. 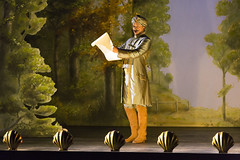 Semyon Bychkov conducts a cast of young, up-and-coming talent in a new production of Mozart’s opera exploring the nature of love.

Semyon Bychkov at the BBC Proms